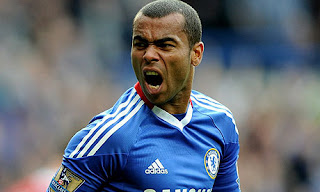 Ashley Cole has reportedly set his sights on a move to Spain as he makes plans for the end of his career. The Chelsea star believes he has one last big move in him and has targeted a switch to either Barcelona or Real Madrid. Indications suggest that Cole, 30, who still has more than two years to run on his £120,000-a-week deal at Stamford Bridge, wants to leave England and start a 'fresh' union with estranged wife Cheryl. The England international would only expect a 'small' pay rise to £150,000 a week at Real Madrid – but his take-home pay would be substantially higher due to the tax rules in Spain. Real boss Jose Mourinho, who managed Cole at Chelsea, was strongly linked with a reunion last summer. But then Stamford Bridge supremo Carlo Ancelotti ruled out a move and Cole remained in London. Rated at around £25million and widely considered to be the best left-back in the world, Cole would not be without his suitors if he does decide to up sticks.