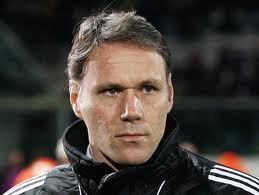 Marco Van Basten, Andre Villa Boas and Guus Hiddink are early favourites to take the now vacant Chelsea role. Carlo Ancelotti was sacked yesterday following the end of hard trophy less season at Stamford Bridge and immediately the bookies installed Marco van Basten as the early favourite, the former AC Milan striker is currently out of work after a stint as manager of Ajax and unlike the other two candidates has yet to win a major title as manager. Villa Boas, the 33 year old Porto boss, is 5/1 to land job after a magnificent season that saw him win the Portuguese title and the Europa League and has been likened to former Chelsea manager Jose Mourinho in some quarters.

4/1 shot Hiddink meanwhile is well known to Chelsea fans having had a stint as short spell in 2009 as manager of the club following the sacking Luiz Felipe Scolari, winning the FA cup and only losing one game during his spell. The Dutchman is currently in charge of the Turkish national team although it has been reported that Chelsea owner Roman Abramovich still uses Hiddink in an advisory role*.

*Guus Hiddink has revealed he's been on Chelsea's payroll for the past two years. The former Blues boss, who left the club two years ago, is being courted to advise Ajax and PSV Eindhoven - as well as being Turkey’s national coach. Hiddink said: “I don’t want to be called an official adviser by either Ajax or PSV. That role is working very well for me with Chelsea. I have been advising the club since I left Stamford Bridge. I advise them on an occasional basis. They use me as a sounding board. I can combine that role perfectly with the Turkey job. There is no conflict of interest.”
Email ThisBlogThis!Share to TwitterShare to FacebookShare to Pinterest