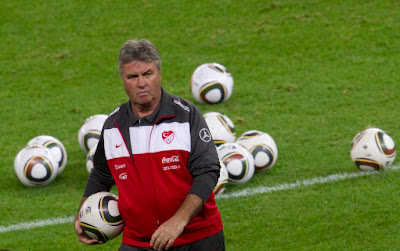 Guus Hiddink is committed to his role as Turkey boss until at least October, according to his agent, despite being linked with the Chelsea vacancy. Hiddink is contracted to Turkey until the end of Euro 2012 but could leave this autumn if they fail to qualify. “He is focusing on his job and he likes what he is doing,” said Cees van Nieuwenhuizen. “Once [Turkey's European Championships campaign] is finished, he will start thinking about his future.”